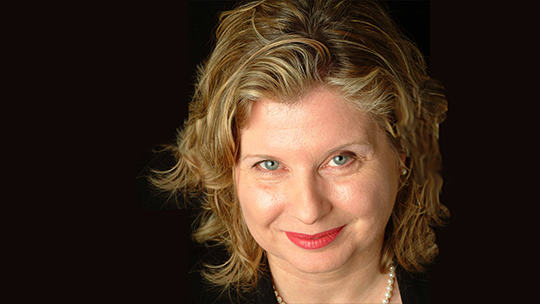 Maria Sliwa is the president of M. Sliwa Public Relations and Freedom Now Communications, Inc. As a press agent for the Sudan Campaign, she played a major role in publicizing the genocide, slavery, and rape of civilians in Sudan and Darfur. In 1999, she launched and managed an Internet news service, Freedom Now News, focusing on international human rights. She continues to gain attention for a variety of clients.

Sliwa is known for her expertise in reportage. Her reporting and activism helped convince the states of New York and New Jersey to divest from Talisman Energy of Canada, an oil company that was complicit in the Government of Sudan’s genocidal war against its population.

In addition to her extensive work in Sudan and Uganda, she has covered the self-immolation of Tibetans and the plight of Richard Wurmbrand, an activist who spent fourteen years imprisoned and tortured in his homeland of Romania.

She served as moderator for Western Connecticut State University’s symposium, “Combating sex slavery here and now: The exploration of human trafficking.” She presented for “Beyond the Mollen Commission,” sponsored by the Pre Law Society, the Psychology Association, and PSI CHI of Fordham University. She chaired “The Economic Challenges of New York City’s Underclass Communities,” a symposium for the Fifth Greater New York Conference on Social Research. She has participated in aid, research, and journalism projects in Bosnia, Croatia, Cuba, Colombia, Peru, India, Russia, Sudan, and Uganda.